The Minority Leader has requested Nana Akufo-Addo to admit that he has failed Ghanaians as president.

According to him, President Akufo-Addo have to be ashamed of his overall performance as the chief of the country.

The outspoken legislator, speakme on JoyNews‘ AM Show, stated ex-president Mahama did now not do an iota of what President Akufo-Addo is getting away with.

“John Dramani Mahama as president then did no longer do a quarter of what President Akufo-Addo is getting away with but the Ghanaian people are quiet,” he stated on Monday, September 5. 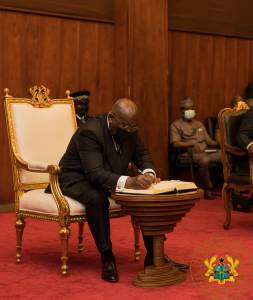 “But we must pray because many Ghanaians may not be able to live to vote him out because they will perish or die even before we get to 2024 given the continuing excruciating hardship he is subjecting Ghanaians to.”

The Tamale South lawmaker thus asked President Akufo-Addo to admit boldly he has failed the country. 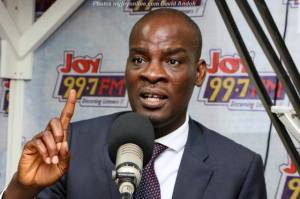 T“When he was once retaining a gallon of petrol and said this is the price of it, nowadays let him preserve that gallon of petrol and tell us that I am a disappointing failure and I have failed the Ghanaian human beings and now not ask us to thank him for being president of Ghana. He owes Ghanaians an apology.”

Currently, Ghana’s currency, the Ghana Cedi, is depreciating against the US dollar at a quick charge which many residents are lamenting about.

Meanwhile, the Managing Director of the International Monetary Fund, Kristalina Georgieva, has mentioned that a deal between Ghana and the IMF ought to be reached and finalized before the end of the year.

In a closed-door assembly with President Akufo-Addo, on Monday, September 5, on the sidelines of the Africa Adaptation Summit, in Rotterdam, Netherlands, the IMF boss instructed President Akufo-Addo “we understand the urgency, and we will move as quickly as possible.”